Love Is Quite Enough 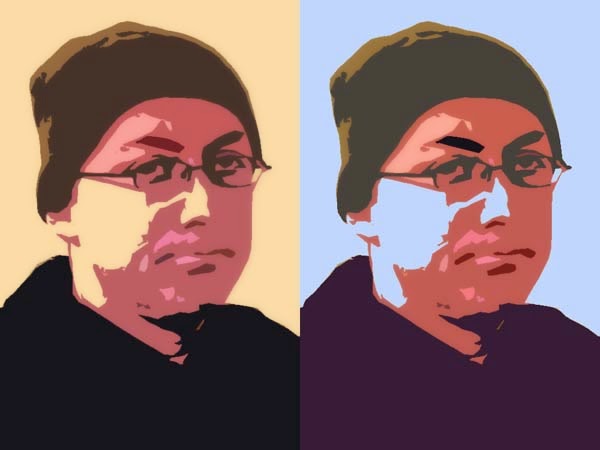 This weekend my curiosity drew me to Middle England, to see the “Love Is Enough” exhibition at Modern Art Oxford. The show, curated by leftie Turner Prize winner Jeremy Deller, juxtaposes the work of local Arts & Crafts designer William Morris and late 20th-century American Pop Artist, Andy Warhol. Deller makes the claim that the two have a lot in common.

Okay, so I read the online review by The Torygraph before I left to catch my train. My natural default reaction is to immediately disagree with every value espoused by The Torygraph. In this case the review was absolutely scathing and claimed the only good thing about the exhibition was its lack of an entry fee. On the surface of things I couldn’t help but agree that Morris and Warhol seem absolute opposites and I arrived at the multicoloured doors of MOA fervently hoping Deller had identified something we’d all missed!!

The upper galleries of MOA displayed an extremely interesting mixture of key works by Morris and Warhol, a rare and special chance indeed to see this work in the same place. Morris & Co.’s epic and mythical “Attainment” tapestry faced-off against Warhol’s …erm …woven version of Marilyn Monroe. Around the next corner were his paintings and screenprints of East Russian missile sites, Chairman Mao and two of his Electric Chair series. Morris’s famous wallpaper patterns were exhibited extensively in a third room  alongside Warhol’s decorative ‘Camouflage’ paintings. The superficial similarities were often obvious, but somewhat forced and occasionally bizarre. Most stupidly, Warhol’s 1973 series of Chairman Mao prints were displayed above a cabinet of Morris’s socialist manifestos, pamphlets and membership cards. Mao’s image was ubiquitous during the 1970s and I somehow doubt Warhol’s fascination meant he had signed up to the Chinese Communist Party or become remotely as left-leaning as Morris, the campaigning socialist activist!!

True, Morris and Warhol each strove to make art and design more widely available in everyday life (at one point Warhol described his pop art as “Commonism”). They were both propagandists of some sort. Morris and Warhol both became inextricably associated with their personal ‘brand’. Both Morris and Warhol had a fascination with a mythical ideal – for Morris this was the fabled heroes of myth and legend, while Warhol obsessed about modern celebrity pop culture.

Unfortunately, I’m still not entirely convinced this exhibition does justice to either Morris, Warhol, or Deller for that matter. Sure, it creates an attention grabbing juxtaposition and an excuse to fly-in some great art from around the Western world to a backstreet of Oxford. But superficial similarities in artists’ output rarely if ever have a direct correlatation with their motives, beliefs or manifestos. All major artists share a certain commonality of ambition, but another curator could have easily constructed an argument here that the two artists’ oeuvres were actually completely different. However, I’ll agree with Deller that even Warhol, the most overt exponent of the commercial American dream, was confronted with the contradictions and alternative images of the day which reflected an experience that was not out-and-out capitalist, black and white, or comfortable. To the Torygraph’s chagrine they can’t claim him as one of their own either!

Exhibition continues at Modern Art Oxford until 8 March 2015.
Posted by Sean K at 16:16